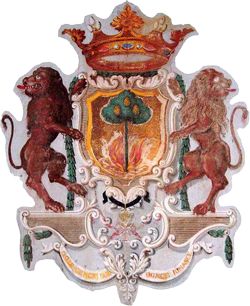 Villa Comunale Baciocchi is an 18th-century building built in all likelihood on the remains of the medieval castle of Capannoli, which belonged to Della Gherardesca family at least since the 11th Century, and it was completely transformed acquiring the present-day morphology towards the mid-eighteenth century. In 1883 the Villa was inherited by Baciocchi marquis who made substantial changes not only within the building, but also at its monumental park. In 1951 the Villa finally became property of Capannoli municipality, that over time has given several functions up to its recent one: on the ground floor is the Zoological Museum and the piano nobile (first floor) is the Archeological Museum; on the east side of the Villa are the Municipal Library, a multimedia room (with six stations) and a Youth aggregation Centre. 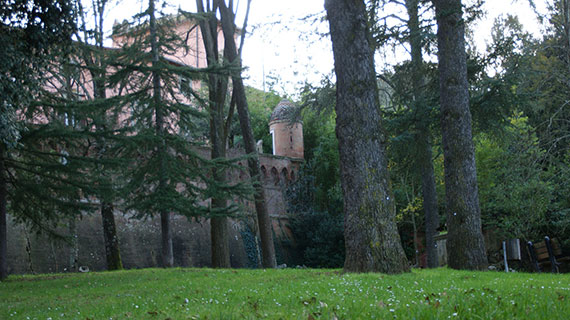 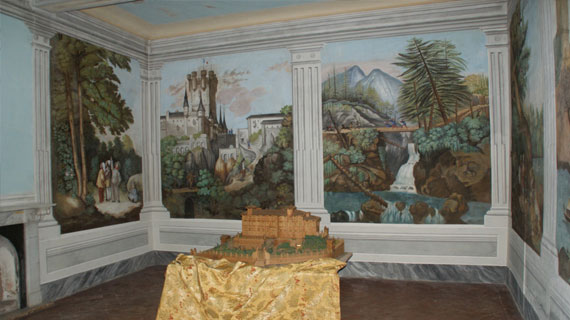 These rooms and areas of the Villa described was recovered and made available thanks to important funding from Municipal administration, as well as others contributions that the municipality was able to obtain. The areas where the museums are placed, are almost entirely frescoed rooms, housing festivals and events of a predominantly cultural nature. The restoration of the remaining areas will be completed in the forthcoming months. In the Salone Mobile and the adjacent halls, and in the Frescoes Room on the ground floor take place exhibitions, conferences, study days, as well as civil weddings. The several measures implemented recently brought the Villa back to its former glory, giving more value to a place already important for the society as a symbol of regional and cultural identity.

NOTE: These settings will only apply to the browser and device you are currently using.